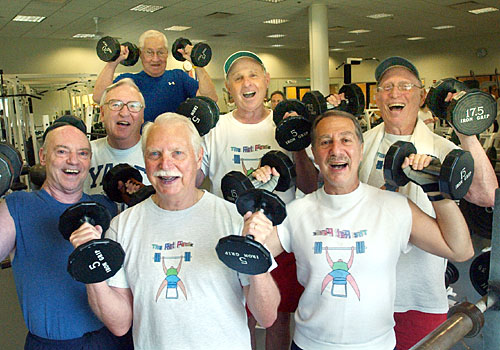 Men who participate in sports activities in their late teens enjoy bone-building benefits that stick around for years. This is the case even if they stop training, according to a study published in the August issue of The Journal of Clinical Endocrinology & Metabolism (2006; 91 [7], 2600–2604).

Physical activity is known to increase bone mineral density (BMD), which reduces the likelihood of fractures in later life. While people achieve peak BMD after reaching puberty, there is evidence that exercise has the greatest bone-building effect during childhood and early puberty. These researchers wanted to examine the effect of physical activity on BMD “after puberty in men” (something that has not been well investigated) and to explore whether the benefits of early-life exercise for bone strength persist if a person stops training.

To investigate, the scientists followed 63 athletes and 27 nonathlete control subjects for 8 years. The average age was 17 when the study began. At the outset, all the athletes, who were either ice hockey or badminton players, had been training for an average of 10 years and were actively training about 9 hours a week. Their workouts included soccer, long-distance running and strength training. This group had a higher average BMD than the control group.

More than 2 years into the study, the athletes showed increases in BMD compared with the control group. At the second follow-up, about 51/2 years into the study, 27 athletes had ceased training and showed BMD losses compared with their active counterparts. By the third follow-up, almost 8 years after the start, an additional 13 athletes had stopped training. This group showed greater BMD losses than either the controls or the athletes who were still active. However, at this last follow-up, even the athletes who had stopped training had higher BMD measurements than the control group—with gains sufficient to cut their future fracture risk by 50%. Of particular interest to the study authors: the men retained their training benefits in the hip area, where fractures in later life can be particularly crippling.